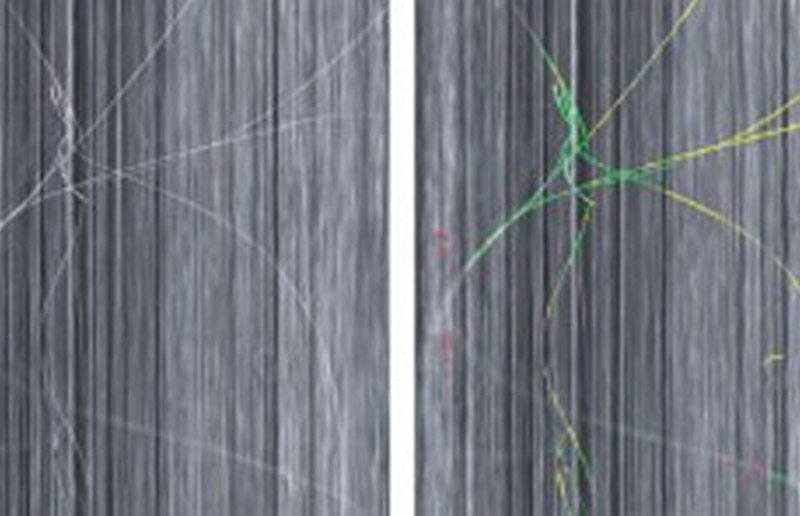 Helicopters, planes and racecars use carbon fiber parts because of their strength and lightweight construction. Demand is so great that the global carbon fiber market size is projected to reach $6.3 billion (USD) by 2025.

With this increasing demand for carbon fiber companies manufacturing it are confronted with serious challenges:

Also known as graphite fiber, carbon fibers are composed mostly of carbon atoms and are 5–10 micrometers in diameter, or thinner than a strand of human hair. Carbon fiber gets its strength by being twisted tightly together like yarn. Carbon fiber is five times stronger than steel and twice as stiff, yet much lighter in weight, making it ideal for aviation parts. Outside of aviation, carbon fiber is making inroads into the automobile industry. In fact, it is believed that carbon fiber composites could reduce passenger car weight by 50%, which would improve fuel efficiency by nearly 35% without compromising the performance of the car or the safety of its passengers.

SGL Carbon, a manufacturer of graphite and composite materials, has been developing high-performance carbon fiber suitable for aviation since 2011 from its manufacturing plant in Meitingen, Germany. SGL is also a leader in the “AirCarbon” project, funded by the Federal Ministry for Economic Affairs and Energy, in which industrial partners develop unique and new high-strength carbon fibers. In 2014, SGL was joined in the AirCarbon project by the Fraunhofer Institute for Casting, Composite and Processing Technology IGCV to develop an optical inspection system with AI enhanced image processing for carbon fiber quality control.

Chromasens GmbH was brought on board as a partner to provide the system’s line scan cameras and illumination systems, along with engineering expertise. Together with Fraunhofer IGCV, Chromasens developed a special optical measuring system for SGL Carbon that enables seamless monitoring of microdefects and early detection of potential, negative process influences, thereby avoiding disruptions such as the formation of wrappers or misaligned filaments. In addition, the system provides data and knowledge that can be applied to significantly improve stability in carbon fiber production.

Previous testing solutions have been limited, for example, to inspecting fabrics that have a contrast in the material due to the knitting threads, which makes deviations more easily recognizable.

Fraunhofer IGCV took another approach. By leveraging the Chromasens allPIXA wave line scan camera’s true color RGB sensor and a Chromasens Corona II LED line scan light in the process, the system was designed to achieve seamless and continuous surface monitoring, all done online during operation. The Chromasens allPIXA wave camera was combined with an adapted neural network, resulting in significantly higher flexibility in image processing. Both upstream and downstream processes, such as PAN spinning or fiber spreading, can now be monitored with minimal transfer or configuration. The pre-trained network also adapts to new conditions with few annotated images. It “learns”, so to speak, to find the errors in different structures. The neural network reliably recognizes whether a component is a good or bad part, boasting hit rates well over 90 percent.

However, this success is only realistic for patterns that appear particularly heterogeneous, noted Andreas Margraf, project manager of sub-project Opima 2.0 in the area of â€‹â€‹online process monitoring at Fraunhofer IGCV. “In the case of fibers, there are very different errors that are also subject to varying environmental conditions. The researchers and SGL Carbon were interested in how often and where the defects occur in the individual sections.”

Researchers discovered this can be achieved with an expansion of the previous neural networks, the so-called pixel-based segmentation or “semantic segmentation”. Each individual pixel of an image is classified and given a corresponding label as either “good” (not defective) or “bad” (defective). Anomalies on the fiber carpet can be identified by classifying larger groups of pixels or “image areas” as bad. With the help of this technology, defective fibers on the surface can be reliably identified in the images recorded by the Chromasens camera. Its 15K pixel resolution captures microdefects on the fiber carpet via a Quadlinear CMOS line sensor with line frequency up to 69 kHz.

“The level of detail the system offers online could only be exceeded in the laboratory under a microscope,” said Margraf.

Because deep black materials absorb significant amounts of light, carbon fibers are difficult to make visible in image processing. The fibers therefore require special industrial lighting to ensure that a high-contrast image is generated on the sensor. Chromasens Corona II LED lights provide up to 3,500,000 Lux illumination along with a patented technology that focuses the LEDs by using elliptical reflectors instead of lenses. Defects are made visible approximately up to the level of filament (10µm) so that even the smallest anomalies can be identified.

Fraunhofer-developed software featuring defect detection and pixel-based localization is currently being used for carbon fiber production in the system. The adjacent processes, PAN spinning and fiber spreading, were learned by the system with little data. The aim is now to test the software with various parameters and to introduce it to the conditions of production at the manufacturing plant of SGL Carbon.